About the Amish: Church Life 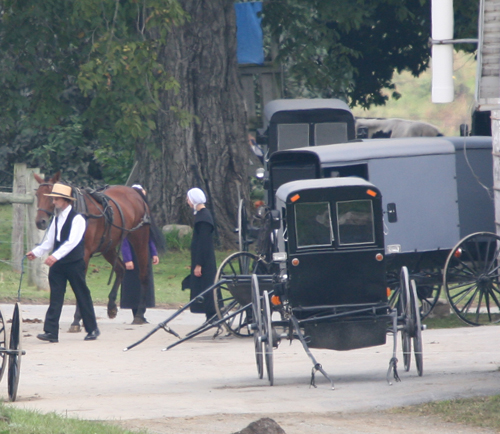 The Amish can trace their religious roots to the Protestant reformation in 16th Century Europe. During this time, religious reformers such as John Calvin, Martin Luther and Ulrich Zwingli broke away from the Roman Catholic Church and formed separate Christian faith organizations. These men promoted the ideals of greater individual freedom of belief and close integration between church and state. They believed that salvation is based on God’s grace and not a result of the church’s sacraments. They based their faith solely on the Bible and felt that believers did not need a priest or any other intermediary between them and God. 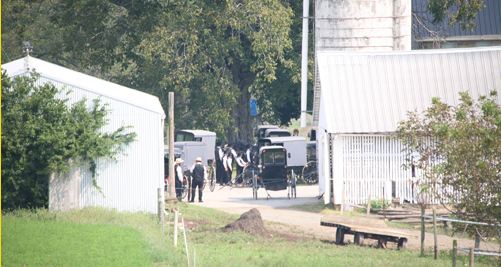 For some believers, these doctrine changes did not go far enough. This group also disagreed with the practice of Baptism. They felt that only adults should be baptized since they considered children to be without sin. This practice of rebaptizing when the believer reached adulthood, gained them the title of Anabaptists. The leader of the Anabaptists in Holland, Menno Simons, expanded this doctrine to include, religious tolerance, separation of church and state and opposition to taking oaths, holding public office and capital punishment. His group became known as the Mennonites and they began the practice of banning and shunning their members to keep order in the group. A member who did not follow one of the Church’s rules would first be shunned by the other members of the group. This involved limiting all contact with the group until he changed his behavior. If shunning did not work, the member would be banned which meant that he was removed from the group. 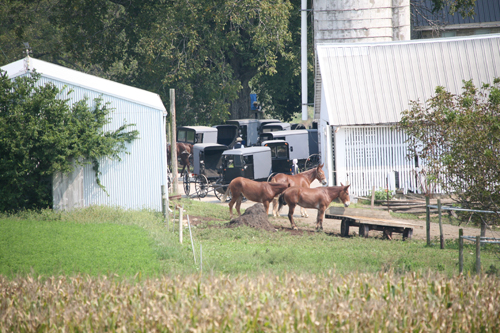 One member of the Swiss Mennonites, Jacob Amman, felt that the Mennonites were not strict enough in their beliefs and practices so he formed his own faith group which became known as the Amish. Because of the social conditions in Europe in the late 1600’s, many Amish decided to migrate to America. This first group of Amish settled in Pennsylvania. A second migration of Amish in the 19th Century settled in Illinois, Missouri, Indiana, New York, Ohio and Canada. This second group of Amish was much more progressive in their beliefs than the first.

The Amish is a very conservative Christian group which shares many of the same beliefs as mainstream Evangelicals. They believe in Jesus, his virgin birth, incarnation, crucifixion, resurrection, ascension and atonement. They believe in the Trinity and that salvation is achieved through God’s Grace, not by good works. To them, the Bible is the inspired word of God which must be taken literally. There is a heaven or a hell for man after death and the devil is a living being. The Amish believe in adult baptism which is when a person commits his life to the church. They do not believe in the born again experience but feel that salvation is experienced as a day to day process. Therefore, they do not boast that they know that they are going to heaven when they die.